Does this sound a little extreme? Maybe… or maybe you are just a sinner in denial. MUAHAHAHA!

First, what is an agriturismo?

Agriturismo is an Italian word that mashes up the words for “agriculture” and “tourism”. An agriturismo is a working farm where you can rent a room and eat food produced by the farm itself and/or from the local area. Some additional background from Rick Steves (this guy is great!):

Agriturismo (agricultural tourism) began in the 1980s as a way to encourage small farmers to survive in a modern economy. By renting rooms to travelers, farmers can make ends meet, remain on their land, and continue to produce food. A peaceful home base for exploring the region, these rural Italian B&Bs are ideal for those traveling by car — especially families.

Simple… so why would I associate something so innocent with the 7 deadly sins?

When we went to Italy in April we stayed part of our trip in Modena. Everything we ate was amazing during the trip and the owners of the bed and breakfast we stayed at bent over backwards to find good food recommendations for us during our stay.  One such place was an agriturismo that the sister of the owner of the bed and breakfast had just tried that week. I was excited. It was located in the middle of nowhere. I am talking: GPS would have had no clue where we were going if they had not given us the address of a place in the general area.

When we arrived at the farmhouse we were greeted warmly and brought to a table.

…And so began our journey in the fast lane.

LUST
We started the meal off with a bottle of wine, cured vegetables, an entire dried sausage (eat as much as you want) and fried bread. As I smelled the amazing aromas of food cooking in the huge open kitchen I was itching to jump out of my seat, grab a fork and run to the stoves that I could see from our table. GIVE ME THE FOOD!!!

GREED
The young lady told us what the menu was for the day and asked if we wanted everything. I thought to myself, “should I practice restraint and ask what she thought would be best?” HA! Not a chance. Of course I want it all!

GLUTTONY
After we had our fill of the starters the pasta came out. I wanted my wife and I to try both types of pasta dishes they had. Granted I was expecting a single serving for each of us… WRONG! A double portion of each pasta came out. It was fresh, homemade, lick the plate, amazingness. I probably could have stopped eating right there, but there was more food coming. 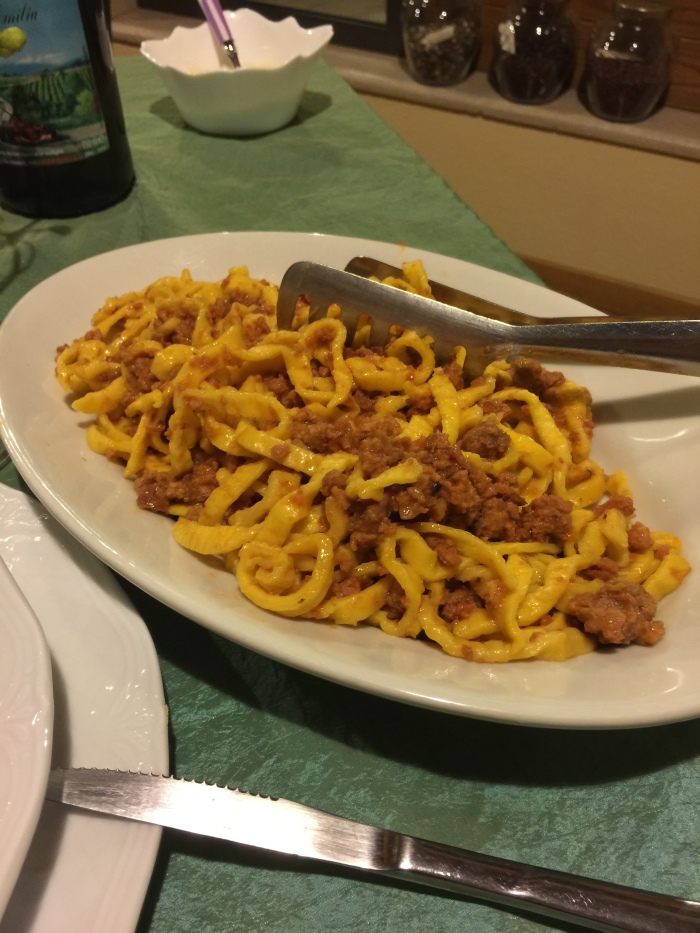 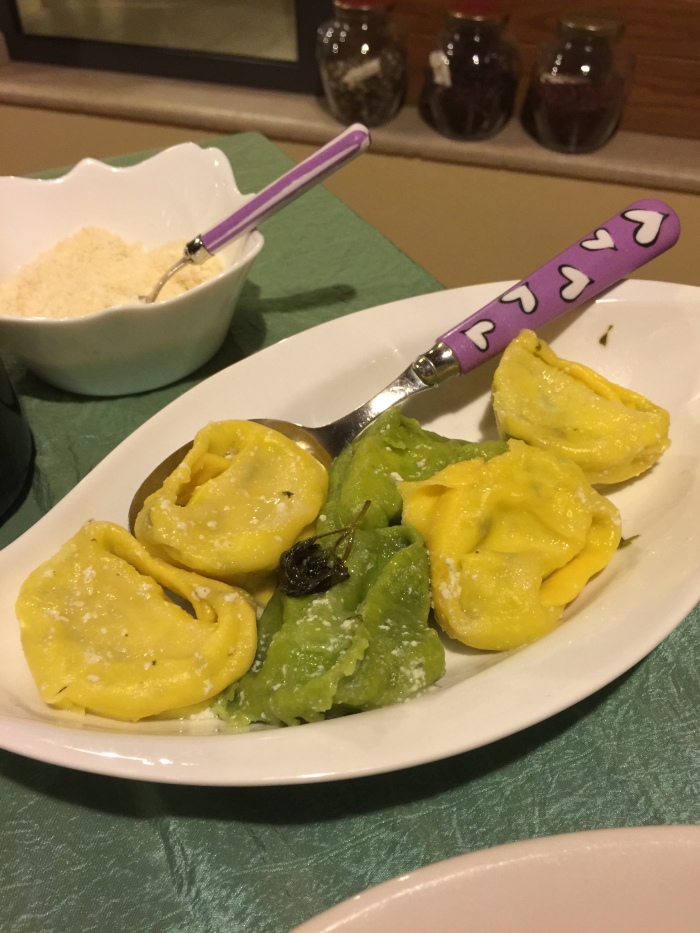 I could barely breathe, but my eyes lit up when they brought out wild board and lamb cheek. The boar was great… but the lamb cheek was the most amazing thing I have had in a very long time. I really could not fit much more but it was so delicious that I could not let it go to waste.

Next up was an assortment… AN ASSORTMENT of dessert.

Then two bottles of liquore to enjoy at our leisure.

SLOTH
At this point I am thinking perhaps I died on the way to this place and this is actually heaven… or hell because I really could not fit anything, but could not stop indulging. By the end I could not move and did not want to do anything. I even considered sleeping in my car outside this place because I didn’t even want to drive back.

WRATH
So allow me to recap the menu:

At this point I was angry that it was possible to offer all of this food for 30 Euros a person. I felt like I had been ripped off everyplace else we ate while in Italy… better yet, any place I have eaten my entire life!

ENVY
The anger quickly subsided… let’s face it I didn’t have the energy to stay angry… and was replaced by jealousy. We do not have any place like this back home. Why? It was not fair at all.

PRIDE
For the rest of our trip I could not stop comparing that meal to every other meal we had. In my mind nothing could beat it. NOTHING!! The fools eating around us had no idea what they were missing!

So, does this sound a bit extreme? I think not! What I do think is I may need to go to confession.

On your next trip to Italy, if you have the opportunity, get a recommendation for a good agriturismo and be prepared to take the journey through the 7 deadly sins. You will not regret it… I mean the sinning yea, but the food… To Die For!

I need to go find some food now. Enjoy your food travels!